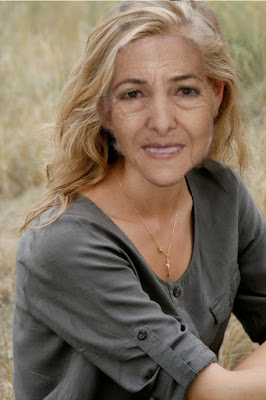 A sprightly eighty nine year old Ivanka Trump unveiled a memorial to her father at the first hole of the now jaded Doral Golf Club in Miami, It was to commemorate the fiftieth anniversary later this year of his second election victory. This marked the start of his second term of office and led to historic changes for the Unites States.

She surprised the small crowd by announcing that she again planned to stand for president of the American Confederate States in two years. She would be seeking endorsement from the popular National Confederate Party (aka NCP or National Con Party). After three attempts, it was assumed that her humiliation in the 2044 election meant that she would not stand again. If she were to succeed, she would be the first woman president of the American Confederate States and easily the oldest at ninety one years old. Striking a somewhat improbably incongruous figure, it was hard to believe that she was almost ninety years old. Rumours of multiple cosmetic surgery and body reconstructions have dogged her career for much of her life. However there is no doubt that she has shown remarkable resilience over the years.

The bitter memories of her father mean that many still do not trust her to rule even in the supportive American Confederate States that backed him as far back as the 2020 campaign. There are many others still determined to oppose anything related to Trump and the breakup of the USA.

The Trump memorial in Miami is the only one standing on continental American soil. Others in New York and elsewhere in the American Union States were destroyed. One memorable event was when a statue in Washington DC was blown up by protesters during the final days of the breakup up of the union in 2028. No memorial to Trump was ever erected in the American Western States Alliance territories either before or after 2028.

Background to a disaster.

Having ‘won’ the Republican nomination at a late stage, Donald Trump secured his second term in controversial circumstances. The fact that no candidate stood against him for the Republican nomination helped his cause but allegations of vote rigging dogged the whole process. That he went on to secure an historic third term in office in 2024 after a disastrous administration astounded observers all over the world. By late 2023 he was the only presidential candidate to stand. It seems that other contenders feared going up against him and his increasingly erratic administration. With no opposition, Democrat or otherwise, the constitutional position meant that he simply continued in post. However, by 2028 the union was rapidly dissolving and, in the midst of extensive Federal underfunding and economic crisis, Trump mysteriously disappeared. His whereabouts were never revealed although his family and closest supporters hinted that they knew where he was in a remote part of Scotland. Multiple reports of him talking earnestly to young women in various shopping malls and golf courses came to nothing.

Trump's increasingly eccentric rule from 2024 onwards had quickly precipitated the breakaway of the American Western States Alliance led by California. This was followed in a short time by the declaration of the American Union States to the north leaving a rump of southern states that then formed the American Confederate States. Trump’s legacy in American history was finally sealed as he took the country back over two hundred years.