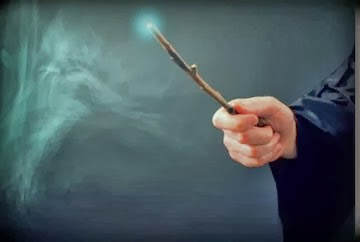 The Eastwood inquiry into ‘Degree Apprenticeships: Value for Society’ was released today. The disturbing outcome has set alarm bells ringing in the SCAM government corridors as they try to implement compulsory education for everyone in the Former UK States by the end of this year. The University of Middle England (UME) comes into the spotlight again for all the wrong reasons. The university is the largest in the Association of Independent Providers group of institutions and is the largest provider of degree apprenticeships in the Western European Confederation. Sir Harry Eastwood has sharply criticised them for their opaque management and dubious provision for thousands of students that is mostly delivered online. Several hundred employers are involved and at least forty-two of them are subsidiaries of the university itself.
Sir Harry Eastwood is no stranger to controversy and his past inquiries have pulled few punches in his thirst for the truth. He told us that “The management of UME are very angry. They must be thinking “did I use all of the evidence or do I have more to come? To be honest in the excitement I just lost track. They’ve got to ask themselves one question: Do I feel lucky?”

Degree Apprenticeships started in the pre-incident era when government offered incentives to companies in an effort to boost education in areas important to the economy. No fees were levied on students and they were in paid employment at least minimum wage whilst being allowed to work one day per week on their studies. After the ‘Incident’ in 2019, and the economic chaos that followed, universities queued up to attract employers and benefit from the promised income. However, it soon became clear that there was a dearth of suitable employers and this limited the numbers of students and incomes.

Jumping on the ‘magic bus’.
The scheme was resurrected ten years ago, under Norman Larage’s FUKS Isolation Party government, with greatly increased subsidies and incentives for employers. The University of Middle England quickly jumped onto the ‘magic bus’. It was the first to set up spinout companies with the simple aim of easy access to the government support available and to attract more students. One spin-out company, Wizard Apprentice Enterprises played a pivotal role in managing the various businesses at ‘arms length’ from the university management. This arrangement proceeded unchecked until the recent intervention of Sir Harry Eastwood. A series of whistle blowers provided the damning evidence of extensive conflicts of interest, front companies and phantom students who could not be traced. There were rumours that Eastwood had uncovered evidence that FUKSIP ministers were linked to some of the companies involved. However, this did not emerge in the final report. An anonymous ex-government employee, now working for Wizard AE and calling himself ‘Big Al’ ,told us that “Some call it education. Some call it racketeering. I call it a business.”

A wide range of abuses have been uncovered by Eastwood. Students from wealthy backgrounds were charged ‘introduction fees’ by Wizard AE to secure more prestigious places with various companies. The companies themselves appeared to secure lucrative consultancy contracts with the university through Wizard AE for accepting more students. The online course material was patchy and course work included reports of very menial tasks. In one case, a project on ‘Hygiene Technology Applications’ turned out to be cleaning kitchens and toilets at the firm’s headquarters. Many were laid off as soon as they completed their degrees on the grounds they had suddenly become much more expensive to employ. We tried to contact some students but they had either magically disappeared or, we suspect, never existed in the first place.

Re-education minister, Karl Corbyn Junior III, said that the evidence points to little added value for society and the previous government seemed to be “literally flushing tax payers money down the toilet.”

We pressed the university for information on how many of their apprentice graduates were employed in suitable jobs. They declined to comment further but the enigmatic CEO, Virginia Fox, issued a formal statement praising the success of students from their apprentice degree programmes.

“Our first duty is to provide our students with a nugget of pure truth to wrap up between files of their tele-pads and keep on the screen saver forever. Regardless of your opinion, our students are of thoroughbred intelligence who ride their minds at a gallop across country in pursuit of an idea.”

By our stand in school correspondent Robert ‘Chips’ Doughnut.

Sean Cogwheel is on extended leave.