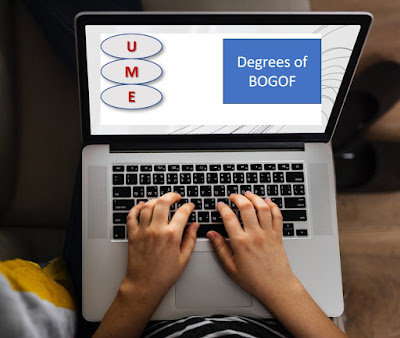 Re-education Minister, Karl Corbyn Jn III, has just announced an urgent inquiry into the admissions procedures at all of the Former UK States Universities.  This comes after numerous unheeded complaints made by both parents and students over several years. Many felt that they were strong-armed into accepting places at universities well ahead of when they strictly needed to. Mr Corbyn said, “The SCAM (Socialist Conservative Alliance Movement) party was returned to government across the FUKS last year with a mandate to ensure a lifetime of education for all on a fair basis. The practices of the past must not be allowed to persist a moment longer.”  His main concern has been the extent to which some universities make offers to students well in advance of them sitting their final school examinations (now called Former UK State Accredited Knowledge Examinations or FUKSAKE).  Normally at least a pass in three main subjects is needed for FUKSAKE before getting a place at university. However, many more universities have waived this requirement at an earlier stage and some have asked parents to sign binding contacts on behalf of their children.
UME named and shamed.

The University of Middle England comes under the spotlight once again for seeking out potential students at a very early stage.   Our inquiries have identified parents who have signed up their children as young as six years old for UME. It seems that seeking out potential students has expanded into elementary and even nursery schools.  One parent told us that her six-year old son had shown some interest in an extensively preened poodle during a UME recruitment day at his school. She said that, “Now it seems he is enrolled to start a degree in ‘Applied Dog Beautician Science and Manicurism’ when he turns eighteen”.  She doesn’t remember signing anything but a spokesperson from UME said that he was indeed signed up with a watertight contract.  Many nursery schools have banned UME representatives from their facilities after soft toys with UME logos were handed out as part of a sponsorship deal.  In another case, twins were offered places at three years old as part of a 'buy one, get one free' (BOGOF) deal. UME CEO, Virginia Fox stated that, “There is nothing wrong with our forward thinking.  Show me a child at seven years old and I will show you a valuable UME alumnus.”

The inquiry has been put in the reliable hands of Professor Sir Harry Eastwood who said that, “Many of our best institutions have sold their souls for a few bitcoins more. Even though my budget is a mere fistful of bitcoins, I will get to the bottom of such practices, good, bad or ugly.”
By our children's education correspondent, Plaite O'Aristotle.