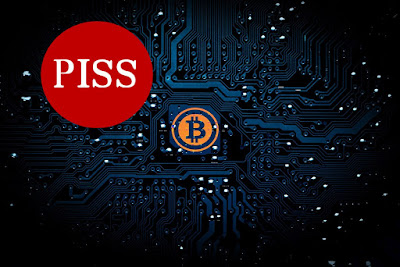 A major uproar has started today about the Provider Institutions Superannuation Scheme (PISS) that provides pensions for those working in the Alliance of Independent Providers (AIP) universities in the Former UK states. It seems that the shortfall in provision for existing pensioners, and those retiring this year, has reached a critical level. An investigation by the Former UK States Pensions Regulator (FUKSPR) has also revealed further dubious practices by the PISS pension fund managers that may ultimately lead to criminal charges. The chair of the independent investigation, Professor Sir Harry Eastwood, said that it’s as bad a scam that he has ever seen, “On a scale of one to ten, I'd have to give it a two, and that's because I haven't seen a one before”.
An old story.


The fund was started in 2028 in the wake of the ‘incident’ of 2019 when the universities, that now comprise the Alliance of Independent Providers (AIP), all came under private investor management and were no longer under the watchful eye of the Office for Learner Provision (OfLP).  They formed a new pension fund called PISS to replace the existing pension funds such as the Provider Universities Superannuation Scheme (PUSS) that was struggling to meet its commitments at that time. All staff in the AIP universities were given a substantial pay rise of 20% if they agreed to transfer to the new pension scheme. However, many did not realise that it was a so called ‘defined contribution’ scheme that was not as secure as the ‘defined benefit’ scheme of PUSS that guaranteed a set pension linked to inflation.  But further scare stories about PUSS led most to opt for taking the PISS instead.  They were now at the mercy of the markets and would only receive pension pay outs that could not be guaranteed.
As far back as 2032 there was an inquiry into the investments of the PISS fund. At a time when fossil fuel was being phased out, the PISS fund managers recklessly poured millions into a scheme called ‘Convent Energy Services’  that supported continued servicing of older diesel power generators. The regulator at the time could not trace where the funds had gone and suggested that it was “time for something completely different”. However, there was no legal action taken and things continued as before under the then chaotic government pf the time.


A new take on an old story.
Now it has emerged that the PISS fund managers had for some years been investing in a Western European Confederation States (WECS) growth fund that is based in Luxemburg. It turns out that over 50% of the PISS assets had slowly flowed into this fund with a PISS poor return. Veteran academic and Economist, Professor Mike Swamp, formally of the University of Middle England (a leading member of the AIP) uncovered the situation last year and brought it to the attention of the pension’s regulator. It seems that all of the WECS Growth fund was instead being transferred to a risky venture capital fund in Canada.  Most of the ventures went bankrupt within two years with assets disappearing as far south as Los Angeles. Some observers suspected that the property boom in the hills north of LA was partly fuelled by the transfer of these assets. The situation at this point is critical and pension pay outs are under strain just when many of the original investors reach their planned pension age. The CEO of the Higher Education Providers Union (HEPU), Sally Forth, said that, “With the state pension age now at eighty years old, there is a terrible shortfall in provision for the PISS pension generation if they retire early at seventy. The situation vindicates the warnings issued back then to those taking the PISS as an option. PISS was a poor option then and it still is”. Unfortunately many academic staff did not join the union when the AIP was formed and HEPU is now not in a position to assist those in serious financial trouble.  One recently retired professor from an AIP university, who wished to remain anonymous, said that she was, “moving from her comfortable home in Cheshire to a caravan park in Clacton in order to release equity to be able to survive”.  We observed that there were hundreds of similar retired academics living in the same caravan park and others like it around the country, but those we asked refused to be interviewed.


Meanwhile a Bitcoin windfall for the PUSS generation.
Nothing could be more starkly different than the position of academics retiring from the Russell Provider Group Universities. These universities had remained under the regulation of the OfLP and, despite lower pay and higher pension contributions to the Provider Universities Superannuation Scheme (PUSS), their staff remained loyal. However, in 2034, a much younger economist Dr Mike Swamp decided to check the figures of PUSS in detail.  Although he later moved to an AIP university, he retained his contributions to PUSS and membership of HEPU.  His actions were triggered by the move to Bitcoin (₿) as the universal world currency. For years it had been assumed that the PUSS scheme was in considerable deficit (then £32bi) and risking the possibility that it could not meet its future liabilities.  The strong position of the £FUKS against the ₿ prompted a look at the premium the move to this currency might release to the fund.  In the end it turned out to be nearly a 20% windfall but still could not plug the widening deficit gap. But Swamp then discovered that there were serious errors in the algorithms in the revamped FECEL software used to model the PUSS fund’s projections. It seems that there had been confusion about the use of commas, semi colons and colons in the selection of data in the columns used for income calculations. This went as far back as the models used before 2018.  In replacing “,” with “;” it seems that some “:” were also replaced. This led to large quantities of income in several columns not being counted in the projections. Once this was revealed and recalculated, the PUSS scheme was found to be over-provided to the tune of a staggering ₿2.3 trillion.  Accusations that the 'mistakes' were willful in order to discredit PUSS were made but no investigation was carried out and it was not proved.

Legislation intended to protect such pensions meant that a readjustment of payments by the RPG employers was not allowed and the scheme just kept expanding. This became so alarming that the RPG universities encouraged their staff to retire as early as 60 or sooner so as to bring the asset expansion under control. The resulting windfalls were excessive by any standard. One recent retiree, Professor Richard Bonehead, said that it was a chance to fulfil a life-long dream to race ultrafast superbikes. Speaking from his hospital bed after only one practice lap at Monza on his expensive 250 mph all electric Samurai 7000SuperX, he said “I regret nothing” before fainting again.

Similarly, married Professors Erin Dors and Henry ‘Merthyr’ Jones said they were going their separate ways. Former archaeology academic, Professor Jones admitted that exploring the Aegean in a powerful motor yacht “might have been a mistake, but it was Fortune and glory, kid. Fortune and glory” as he was towed from a remote island beach by a Greek Coastguard vessel. Meanwhile Professor Dors was planning the next stage of her Prosecco inspired Spa Resort in California.  She has purchased a run-down motel in the hills near the Ventura Highway north of Los Angles and plans to run a communal luxury spa for retired female academics. This seems a long way from her position as a Professor of Ancient Greek Culture but she seems to be settling into her new role and said, “Some people think I am just being a dumb blond, well I aint dumb and I aint even blond”.


The last word goes to Professor Swamp from his Caribbean island hide away. Relaxing whilst leaning back on a sunbed sipping a Bacardi rum Daiquiri next to his personal 50m pool and bar,  he offered some sagely advice to those affected by the PISS pension collapse “My attitude has always been, if you fall flat on your face, at least you're moving forward. All you have to do is get back up and try again”.
By Timeline 2069’s Financial advisor, Chuck Ponzi.