2069 Focus on Scotland: The legacy of the STAG Party and MacTech 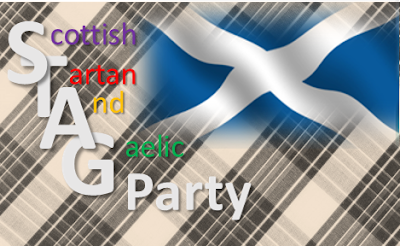 This week we take a look at Scotland in our series of articles looking around the Former UK (FUK) States. A general conclusion is that the Scottish Universities are thriving after a long period of instability and uncertainty.

Emerging from the mist.

Scotland currently has twenty seven higher education institutes. Seven of these are in the Russell Provider Group (RPG) having joined in the wake of the ‘incident’ in 2019. These are subject to the vigilance of the Office for Learner Provision Scotland (OfLPS) and linked to OfLP that regulates the other RPG Universities in the rest of the FUK States. Another twenty are part of the Alliance of Independent Providers (AIPs) that is privately financed and not regulated.

The AIP institutes have positioned themselves well to take advantage of the implementation of the Leisure Time Directive of the Western European Confederation. This will see compulsory ‘Life-long’ education plan announced earlier by the Re-Education Minister in England, Karl Corbyn Junior III. The aim to educate all citizens to the age of sixty will boost their student numbers on part-time courses (see earlier Timeline 2069 ‘Radical lifelong leaning plans announced’). A new contract with the Scottish Government to cover fees through the National Access Number (NAN) Levy will guarantee their commercial future. The Scottish First Minister, Charlene Caviar of the Socialist Conservative Alliance Movement (SCAM) Party Scotland, said that she fully supported the initiative that “would bring a new beginning to the people of Scotland”. The RPG Universities will see similar guarantees for some of their courses, however the general ‘no-fees’ policy will continue for the majority of students with high entrance qualifications. Although the philosophy is somewhat similar, this stance diverges from the rest of the FUK States .

It became clear that a fully independent Scotland was not viable as the then UK finally disintegrated after the ‘incident’. The solution that emerged was a loose alliance of Former UK States and Ireland that traded with each in the aftermath of the collapse of the European Union. This finally led to the Western European Confederation of twelve states being headquartered in Dublin. A bid by Scotland to lead the Confederation was quickly thrown out at the time. The SNP government brought about its own downfall by unilaterally forcing an independence referendum as the EU collapsed. This descended into farce when a social media consultation was started to find a new name for the country. The public overwhelmingly rejected the SNP preferred historic name of ‘Alba’ for ‘Scotty MacScots Place’. Support for the emerging alliance of states was the result. The chaos of minority governments that followed did not affect Scotland in the same way. After the referendum was lost, the Socialist Conservative United Momentum Party or SCUM Party formed a government in Scotland in the backlash. However, this was short lived since their natural base was in England and the idea of a SCUM government from England did not meet the aspirations of the Scottish people. A similar broad ‘rainbow’ coalition of smaller parties in Scotland instead emerged as the Scottish Tartan and Gaelic (STAG) Party that took took control. It’s downfall in the last election in May was forming an alliance  in recent years with the FUKSI (Former UK States Isolation) party, led by Nigel Larage, that took control of the FUKS. Now, the Socialist Conservative Alliance Movement (SCAM) Party has a solid majority in Scotland and across the FUK States after the May election.

The political uncertainties that defined a generation.

Before the ‘incident’ the position of all universities in Scotland was already becoming precarious. They depended entirely on the good will of the Scottish Nationalist Party majority government. This is because fees were not levied on students from Scotland and there was too much reliance on students from outside Scotland paying fees. Core research funding from then UK government was protected to some extent and some universities in Scotland were exceeding expectations in many technological areas.

The ‘incident’ came as a shock and  did not spare Scotland’s Universities from the chaos and collapse of funding that occurred across what was then the UK. One of the last things the SNP government did was to impose strict conditions on no fees for students. Only those with the highest grades were provided with this advantage. The number of students was regulated by setting a high hurdle for those applying and the numbers matched closely the very basis financial needs of the RPG universities. If universities wanted to take more students, then they were free to apply their own fees if they wished. Those universities that joined the AIPs were compelled to do so to take advantage of the AIPs organisational structures that were expanding across the world. Students with lower grades could apply for a series of loans and bursaries independently through the AIPs. Getting behind the ramparts of the newly formed AIPs saved many institutions from going under and they eventually thrived. The RPG Universities were more cautious but were less exposed to the higher education market.

Technological innovation and radical developments save the day.

The decline in research income led to the Scottish RPG Universities sliding down the world rankings. However, the positions in the recent World Academic Combined Key Information Evaluations, published by Sun Higher Education (SHE) and dubbed the WACKIE races by most academics, has shown a marked improvement. This has been in the background of a general decline in rankings across the FUK States. The inventions and investments developed in recent years appear to be paying off slowly. To offset the loss of research funding from the disintegrating UK, all of the RPG universities in Scotland formed a collaborative technology hub called ‘MacTech’. This was a structure designed to assist in speeding up their commercial developments and companies. An explosion in the number of companies spinning out of the campuses led to record investment in novel technological ideas. The expected high failure rate (82%) of the companies was offset by the MacTech structure and the smaller number of companies that turned out to be highly profitable. Every company paid high rental and lease fees to MacTech and did nor own much in terms of assets if they dissolved. This made MacTech itself a profitable enterprise.

The Scottish universities working with MacTech made significant and world leading breakthroughs. A notable example is the ultra compression Virtual Hologram System (VHS) from Dunedin University in Edinburgh. This enabled hologram lectures and speeches to be easily broadcast across the existing ultra-interweb broadband. A high definition data profile of the person is sent as a binary package prior to a live transmission. The streaming data for the transmission only has to make limited changes to movement of the image and sound during the broadcast. This has changed the educational experience of students across the world who can see leading academics perform 'live' in virtual reality. It has also netted Dunedin University ₿ billions in license fees.

The one black mark against the commercial developments was that most of the hundreds of companies that failed were supported by a venture capital enterprise in Canada. This had acquired investment funds from the recently exposed Provider Institutions Superannuation Scheme (PISS). The irony is that the PISS pension loss has only affected staff in the AIP Group of Universities whilst the RPG University staff have seen a windfall from their pensions (see University Pensions Scandal: Who's taking the PISS?)