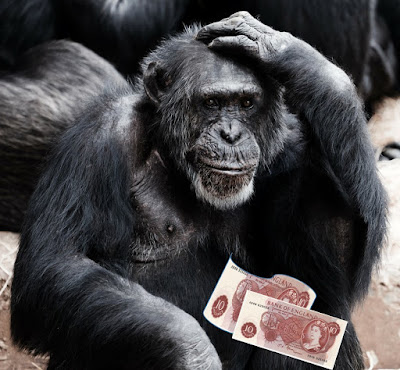 Why is the IQ of students still declining and are we eating enough meat? Here's some food for thought.

The results of the 2069 cognitive ability and intelligence (Intelligence Quotient or IQ) survey of 18 year old students across the Western European Confederation of States (WECS) have just been released. They reveal a further 2% drop in the average IQ of both males and females over the last ten years.

The results follow the earlier publication of a study which shows the long term decline in IQ may be due to us eating less meat. Whilst broader cognitive ability tests have varied over time since their introduction over 100 years ago, IQ tests have remained broadly similar and provide a valuable way to make comparisons back to the nineteenth century. The rise and fall in meat sales since then seems to be mirrored closely by the IQ measurements. Could this be a simple explanation?

What are these meaty reasons?

The reason for the steady decline in IQ has eluded most research efforts till now and some observers say it has yet to be explained fully. This is because there have been many social changes over time that might also provide a clue. However, it is now certain that the decline in IQ has been continuous for nearly 100 years. Prior to that, the so called ‘Flynn Effect’ showed that IQ had risen steadily over most of the 20th Century. The effect was named after American James Flynn who was living in New Zealand in the late 1900s when he discovered that general intelligence had been rising across the globe in most advanced countries. However, it then became apparent that from around 1990 the effect had stalled and IQ was general declining. This first appeared in the cohort of students born in 1975. Initially, it was concluded that their education had changed suddenly due to the impact of the newly emerging information technology and the rise in use of social media platforms. However, by 2036 social media had been banned in schools across the emerging WEC States for children up to age thirteen. Furthermore, teaching of basic skills in maths and languages had reverted to ‘blackboards’ and the ‘talk and chalk’ methodologies used before 1975. Yet the decline continued and attention turned to other environmental factors.

Are environmental and dietary changes to blame?


Earlier this year, a comprehensive study of IQ changes since 1900 was published in the official journal of the Former UK States (FUKS) Society of Academic Knowledge and Education called the ‘FUKS SAKE Journal’. Authors Jack Ayesink and Fred Binit of the University of Middle England dismissed the role of genetics in the changes observed as proposed by some others. Ayesink said,

“The current count of genes associated with IQ stands at 16,042 and these are randomly distributed around the population. With the complete genome sequencing of all FUKS citizens in 2042, it was established that the distribution of differences in these genes, known as ‘polymorphisms’, was the same in all social groups”.

He added that this distribution had not changed since 2042 despite the apparent continued fall in IQ levels.

Instead they turned their attention to possible environmental factors, such as industrial pollution and diet as the cause, with convincing results. Their  study (‘Diet and pollution and their effects on IQ over time’. Ayesink H J and Binit A. 2069. ‘FUKS SAKE Journal’ Vol 144 pp 26-57) firstly looked at industrial pollution measured as the ‘Pollution Index’ (see Figure 1).

The correlation with the increase in IQ was initially compelling. However, there was a clear divergence in the pattern in the latter half of the 20th Century.

Instead the correlation between increased meat sales and IQ was almost complete (see Figure 2).

The rise in vegetarian diets from the late 20th Century onwards coincided with a decline in IQ. The measurement of IQ was normalised at 100 for the  year 2000  data and all other years compared with that. Meat consumption was measured as average meat sales per person per month and corrected for current Bitcoin (₿)prices. Fred Binit said that “The increased consumption of meat has clearly affected the ability of the population overall and we should think about reintroducing meat to our diets”

Leda Thatis-Shallot of the FUKS Vegan Society confirmed that “The results seem very convincing but we should not blame a vegan lifestyle alone. The banning of genetically modified crops in 2029 and the reintroduction of pesticides to foods since then could be a major contributory factor”. Indeed some studies have shown that the use of insecticides, such as carbamates on food crops, in the latter half of the 20th century may have affected human behaviour through persisting in the food chain. But a vegan diet may not be the ‘food for thought’ as once thought.

But were the questions easier in the past?

Many observers insist that the questions have become harder when put into a modern technology context. To test this idea, Timeline 2069 conducted its own survey to see if some simple calculation questions, used one hundred years ago in 1969 in the UK, were easier. We asked the following three questions to twenty 18 year old University of Middle England students. We then managed to find eleven people born between 1960 and 1962 and asked them the same questions. Despite ages of between 107 and 109, and a combined age of 1,196 years, they were very capable. All eleven managed to answer the questions correctly in time. Can you do any better?

Question 1. You enter a shop and purchase three items priced 7s 4d, 10s 6d and 15s 3d. You offer a five pound note as payment. How much will you receive in return as change? Also, what is the minimum number of coins or notes that  you would expect in change from the shopkeeper?

For the 18 year olds we added that there are 12 pennies (d) to the shilling and 20 shillings (s) to the pound.

Question 2. You are asked to divide a pail of milk equally between glasses for 16 people. The pail contains exactly one gallon of milk. How many gills of milk must you add to each glass so that everyone gets the same amount of milk? What is this in pints?

For the 18 year olds we added that there are 8 pints in a gallon and four gills in a pint.

Question 3. A horse in the Epsom Derby race completes the course of 1 mile and 4 furlongs in a time of 2 minutes and 40 seconds. What was the average speed of the horse in miles per hour (mph)?

For the 18 year olds we added that there are 8 furlongs in a mile.

Only three of the 18 year olds managed to get all three of the questions answered correctly in time. Another six completed the questions when given extra time. Four gave up at question one citing confusion over the currency. One, who wished to remain anonymous, said “I thought it would be easy but what’s all this shillings and pence c**p all about?”

In contrast, Jeremy Clarkson (108) said he helped out his parents in their tea cosie shop as a youngster and learned to work out the change in his head saying “We had to be quick to survive. One penny out and I was  locked in the coal shed all night with no tea. The youngsters of today get it too easy with computers and bitcoins and all that ₿******s. I still eat raw steak every day!”