‘End of the world' society banned at University of Middle England. 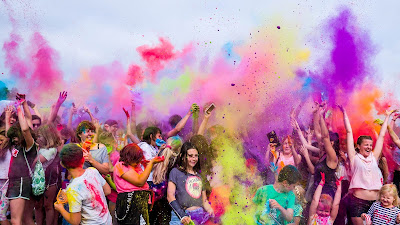 In an exclusive report, Timeline 2070 can reveal that an internal inquiry into the disastrous Christmas party at UME last year (see Timeline 2069 ‘University of Middle England Cancels Christmas after riotous party.’ Sunday December twenty two 2069) has ended with the banning of an elusive student society known as ‘The Next Tuesday Adventists’. We contacted the CEO of UME, Virginia Fox, who confirmed the outcome of the inquiry, “We had to act swiftly to stop further chaos on our campus. In a way we are doing the student society a service and they are free to follow their dogma; but outside of UME. I thought how unpleasant it is to be locked out; and I thought how it is worse, perhaps, to be locked in".

Who are the ‘Next Tuesday Adventists’?

Many ‘end of the world’ movements sprung up in the chaos of the ‘incident’ of 2019. The year was packed with numerous doomsday predictions that seemed to be real at the time. Most were serious in their conviction that the incident heralded an impending apocalypse. Coinciding with these movements was a general ban on disruptive student societies across all universities in what is now the Former UK States (FUKS). The most notorious of these was the University of Oxford’s Bullingdon Club. After a coordinated campaign of riotous behaviour across many universities during the ‘incident’, they were finally proscribed as a terrorist organisation in 2022. The ‘Next Tuesday Adventists’ emerged in UME from 2026 onwards as a student movement that perpetually prepares for the end of the world. Their quasi-religious doctrine and secretiveness meant that they remained under the radar of university authorities for many years. The basis of their planning is that the world will end ‘next Tuesday’. Planning begins with a formal meeting every Wednesday afternoon. During these meetings an ‘end of world’ party is meticulously planned. The usual format is to start the party on the following Friday evening and carry on till late on Sunday night. Monday is reserved as a time for reflection whilst awaiting the end of the world due the following day. When Tuesday passes uneventfully as usual, the students get ready for yet another Wednesday meeting and the cycle repeats itself.

How did it go wrong?

The repressive era of the FUKS Isolation government of Norman Larage and his so called ‘rabid acolytes’ gave further impetus to the student movement and it became widespread. The weekly parties were more and more outrageous under the banner of ‘religious freedom’. The UME management quickly found a strong link between the Next Tuesday Adventists and the destructive Christmas party. Particular blame has been placed upon the actions of former Media and Technology lecturer, Professor Brainy Koks, who was recently dismissed (reported by Timeline2069 ‘Uproar at University of Middle England as lecturer is sacked for refusing to produce ‘cookies’ at traditional student teaching evaluation’ Sunday December eight 2069).

Professor Koks admitted that, as a logical extension of his Calvinist upbringing, he was an active member of the society along with many other staff. He told us that the repressive university management and society in general were to blame, “The students have a right to celebrate their personal religious beliefs openly and without persecution”. In response to the idea that the ‘Next Tuesday Adventists’ were actually seeking to accelerate the end of the world in the run up to Christmas, he admitted that things had got “a little too imbued with youthful enthusiasm”.

Society President, Graham Rapture, said that there was a sound basis for their philosophy that attracted many younger people to its lifestyle “We set the agenda for the next generation and hopefully many to come”. He seemed oblivious to the logical inconsistency in his viewpoint.

By our religion correspondent, Mickie Nostradamus.